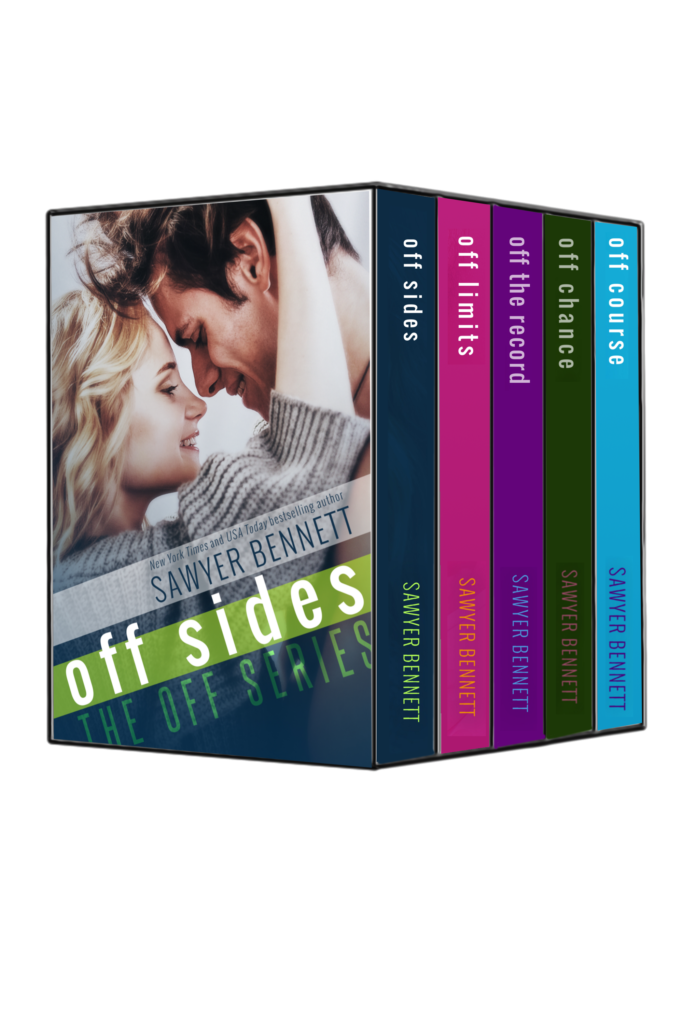 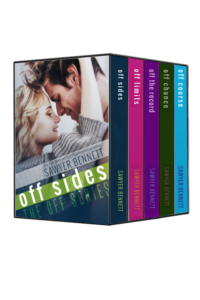 This ebook contains the following works:
• Off Sides
• Off Limits
• Off The Record
• Off Course
• Off Chance

With a chance meeting, their vastly different worlds collide, causing each to evaluate whether they are truly on the correct path to self-fulfillment and happiness. Can the relationship between hockey player, Ryan Burnham, and violinist, Danny Cross survive? Particularly when others are against them every step of the way. A lot can happen in just ten short days…

When an accident brings Emily Burnham and Nix Caldwell together, he soon learns he is not the master of his own fate. Struggling with his own pain as a wounded Marine Corps veteran, Nix tries to guard himself against Emily’s charms. He wants her in his bed, but he doesn’t want her in his heart.

When Ever Montgomery publishes an article about Linc Caldwell containing information that she received off the record, she finds herself on the receiving end of the professional hockey player’s fury. Rather than basking in the glory of exposing Linc as a shameless user of women, she finds herself at his mercy when he demands and receives retribution. Required by her editor to trail Linc for six weeks, Ever is forced to look at the real Linc Caldwell.

If their relationship was just about sex and rock n’ roll, it would be easy for Renner Caldwell and Cillian O’Bradaigh to get lost in their desires. Only their relationship is anything but a hook-up. Will lies, deceit and hidden tragedy get in the way, making the path to true love uncertain? Or will the girl whose been knocked Off Course, find her footing with the man who is teaching her it’s okay to lose control?

Renner fled to Ireland to find herself. She found a hot, Dublin musician instead.

He is seeking absolution.
She is seeking escape.
Together, they have the chance to become complete.

Flynn Caldwell and Rowan Page’s worlds exist miles apart, but when a chance meeting brings them together, neither of them can deny the instant pull that connects them to each other. What starts as a tiny spark eventually flares into a fire so hot, it refuses to be extinguished.