Years ago, we were in love. She was an up-and-coming superstar and I was the security professional hired to keep her safe. We fell hard and fast, no matter how much we tried to resist one another. But not everyone around us was happy about our relationship, and a string of lies and deceit destroyed what we once had. I moved on from her and didn’t look back.
Now I’ve taken the helm of a nationally renowned protective services company, and I’m looking to rebrand my career. The newly crowned Jameson Force Security is moving from the glitz and glamour of Las Vegas to the mountainous steel town of Pittsburgh, and the last thing I have time for is to deal with my past.
More than a decade has passed since our split, but even a bruised and battered heart remembers its first love. So when Joslyn Meyers comes to me for help, I reluctantly agree to keep her safe from a terrifying stalker who keeps threatening her life.
As the danger continues to intensify, it becomes clear that I’ll stop at nothing to protect the woman who turned her back on me all those years ago. Because one thing is certain—no matter how hard I try to convince myself otherwise, Joslyn still has my heart.

As a former member of the United States Secret Service, I’m no stranger to putting my life on the line in the name of duty. Having left the nation’s capital to re-settle in Pittsburgh, the skills I acquired during my tenure in Washington have made me a valued member of the team at Jameson Force Security. But when the President comes seeking a favor to protect his niece, I find myself on the fast track back to the Oval Office.

Simply put… she’s beyond brilliant. A nationally renowned energy scientist, Barrett Alexander is on the verge of a breakthrough that will change the world. Unfortunately, that has also made her the target of a suspected terrorist cell. And while Barrett doesn’t believe she’s in any real danger, the President isn’t willing to take chances with her life.

As the threats against Barrett become more calculated, I decide taking her on the run is her best chance of survival. Danger, isolation, and attraction ensure we grow closer than I’d ever thought possible. When I realize I want to keep her safe for reasons that have nothing to do with my job and everything to do with the woman I’ve fallen in love with, no one is safe from the hell I’ll rain down on those that threaten her.

I am a world-class thief. Or I was, before I got pinched and landed in prison. After I served my time, I decided to get on the right side of the law, or as much as my job at Jameson Force Security allows. The lines sometimes blur, which suits me just fine. My name might be Saint, but I’m a devil to most.

My plan to go legitimate is going as anticipated, until my past and present collide in a big way. While in Paris preparing to take down a ring of highly specialized thieves, I come face-to-face with my biggest threat—and my most dangerous temptation.

Sindaria “Sin” Westin was the love of my life, until her betrayal landed me behind bars. Now I’ve got to find a way to trust her again, at least long enough to pull off this job. When it becomes clear the price for this heist will be our lives, I realize I need to do whatever it takes to keep Sin safe, even if it means trading my life for hers. Because no matter the lies I’ve told myself, Sin’s greatest theft was the day she stole my heart.

I’m not the same Bebe Grimshaw I was years ago. The woman I was spent years behind the bars of the highest security women’s prison in the nation, my punishment for hacking nuclear codes as part of a crime syndicate I’d gotten in way too deep with. The woman I am today doesn’t regret what I did, or the fact that I got caught, but I am remorseful for the years I lost with my son, Aaron. Released from my sentence early thanks to Kynan McGrath, I joined his team at Jameson Force Security and now put my skills to use helping people.

I’m just trying to get back a piece of what I lost, focusing solely on raising Aaron and my work at Jameson. As long as I have my son and my career, I’m content. But life has a funny way of letting you know exactly what you need, and when a devastatingly handsome stranger named Griffin befriends Aaron at the park, I have to consider I might be missing something. A part of me that was locked away long ago reawakens, and I find myself looking at Griff in a way I’ve not looked at a man in more than a decade.

Just when I think things are starting to look up, my world is turned upside down. Turns out that meeting wasn’t an accident, and things aren’t going my way at all.

Griffin Moore is the man sent here to kill me. 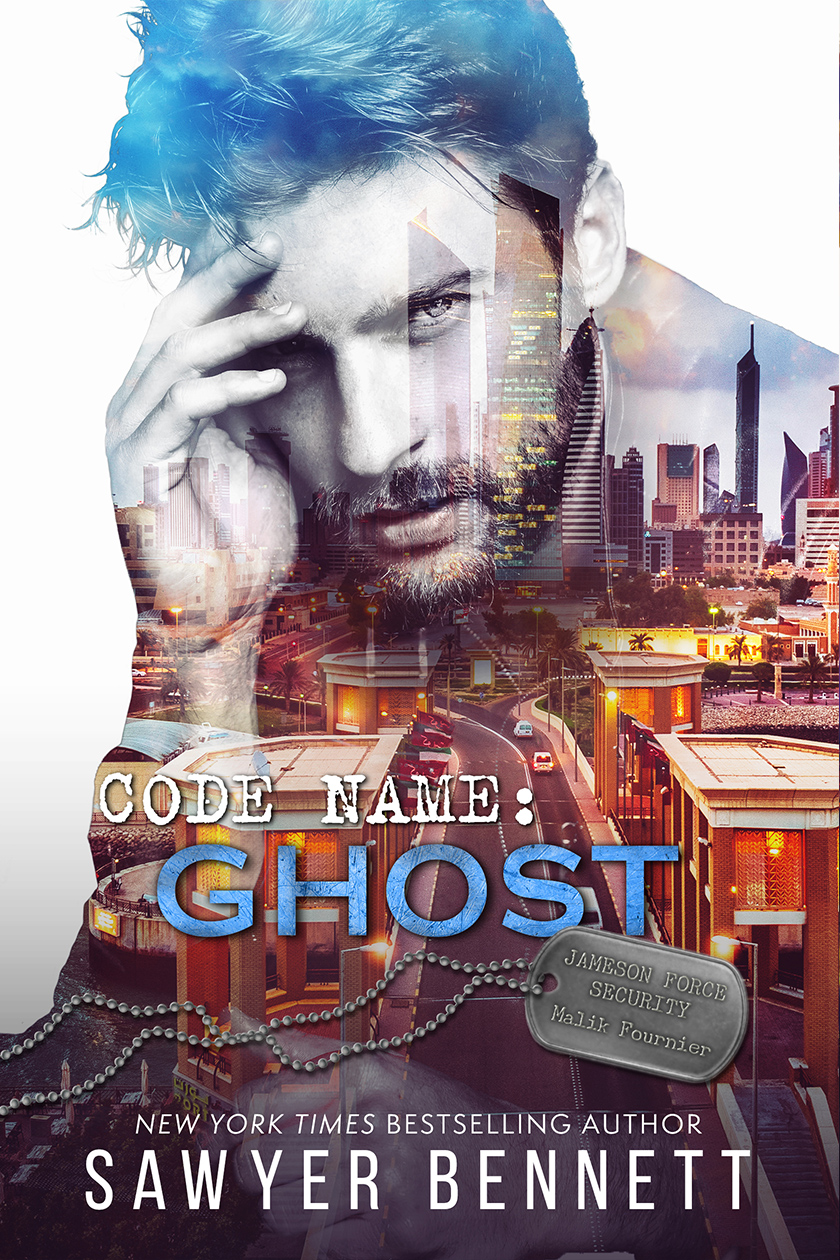 I knew the risks of this job when I signed on with Jameson Force Security. Knew my time as a marine would prepare me for the danger I would face. But no amount of training could have ever prepared me for the helplessness of watching my teammates die, the agonizing mental and physical pain of torture, or the despair of captivity.

Returning home to Pittsburgh following a mission gone wrong, I am riddled with guilt and haunted by nightmares. I spend my days trying to regain the parts of myself I lost in that desert, the pieces that made me the Malik Fournier I once was. While the physical effects of my torture are fading, the emotional ones are proving much more stubborn and I find solace from the last person I should ever seek such comfort.

Anna Tate lost even more than I did in that mission. Now a widow and a single mom to the daughter she gave birth to shortly after her husband’s death, Anna offers me comfort I don’t deserve. As my feelings for Anna grow, I worry that once she learns the truth about what happened, she’ll turn her back on me.

I pull her to me just as tightly as I push her away. Hoping this forbidden love will save me from the ghost I’ve become. 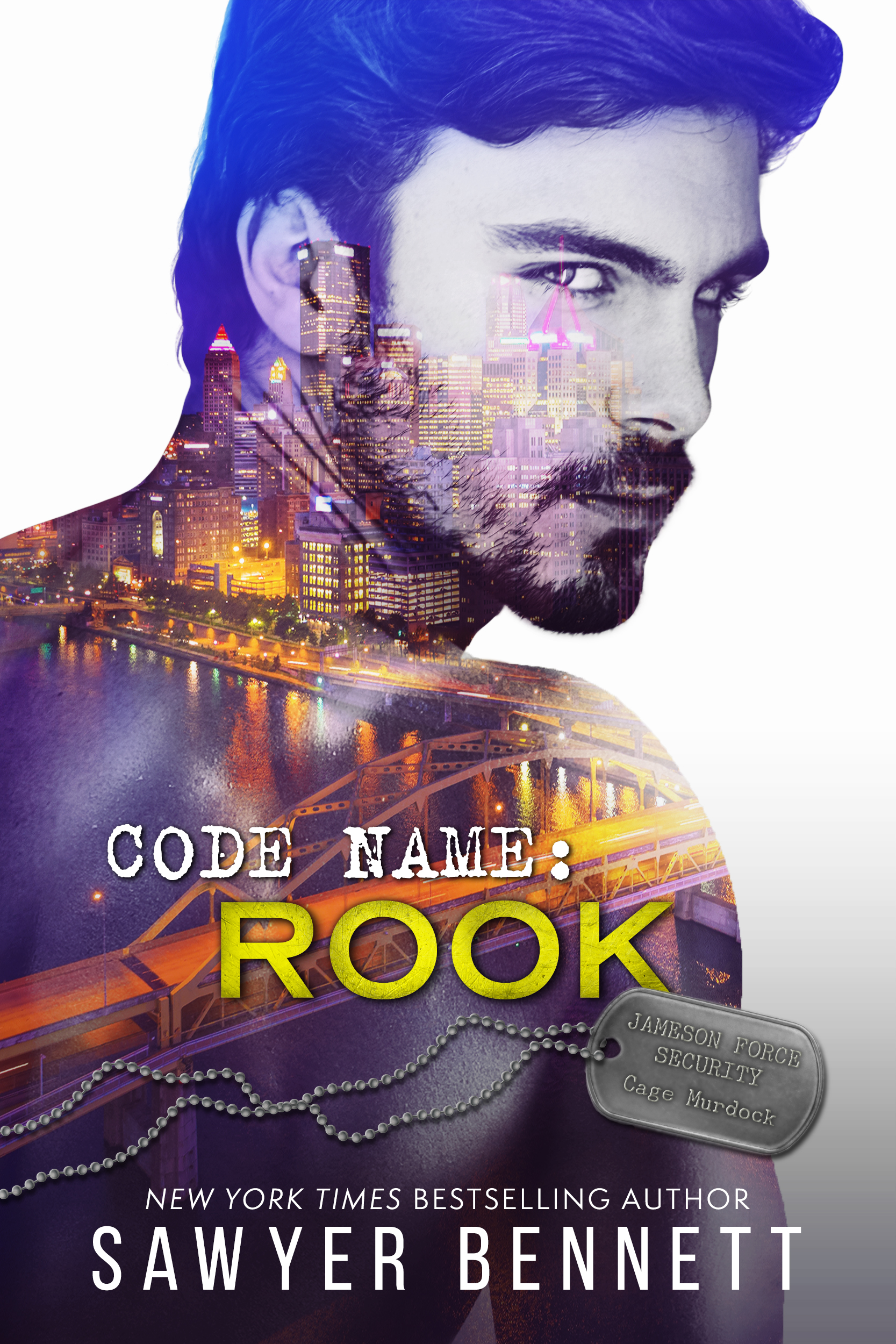 Being a highly skilled operative for a company like Jameson Force Security is exhilarating and important work…until it comes time to date. I like to keep my profession under wraps for a number of reasons. Some of what we do is top secret, most of what we do is dangerous, and more than one woman has tried to latch onto me because she was more enamored with what I do than who Cage Murdock really is. And since I’m more of a ‘here for the night’ than a ‘here for forever’ kind of guy, what’s the harm in a little white lie about my job?

My harmless deceit has never failed me. Until now. Because I met the most amazing woman and did the unthinkable. I married her. And now my beautiful, unsuspecting, probably-going-to-leave-my-sorry-behind-when-she-finds-out-the-truth wife doesn’t know that I’m not a used car salesman like I told her when we met.

As it typically does with lies, the truth is about to come out in a big way when Jaime unwittingly gets herself mixed up with some unsavory characters and I, along with the team at Jameson, have to intervene. Now I need to save my girl and hope I can save my marriage too. Let’s just say I have some serious explaining to do. 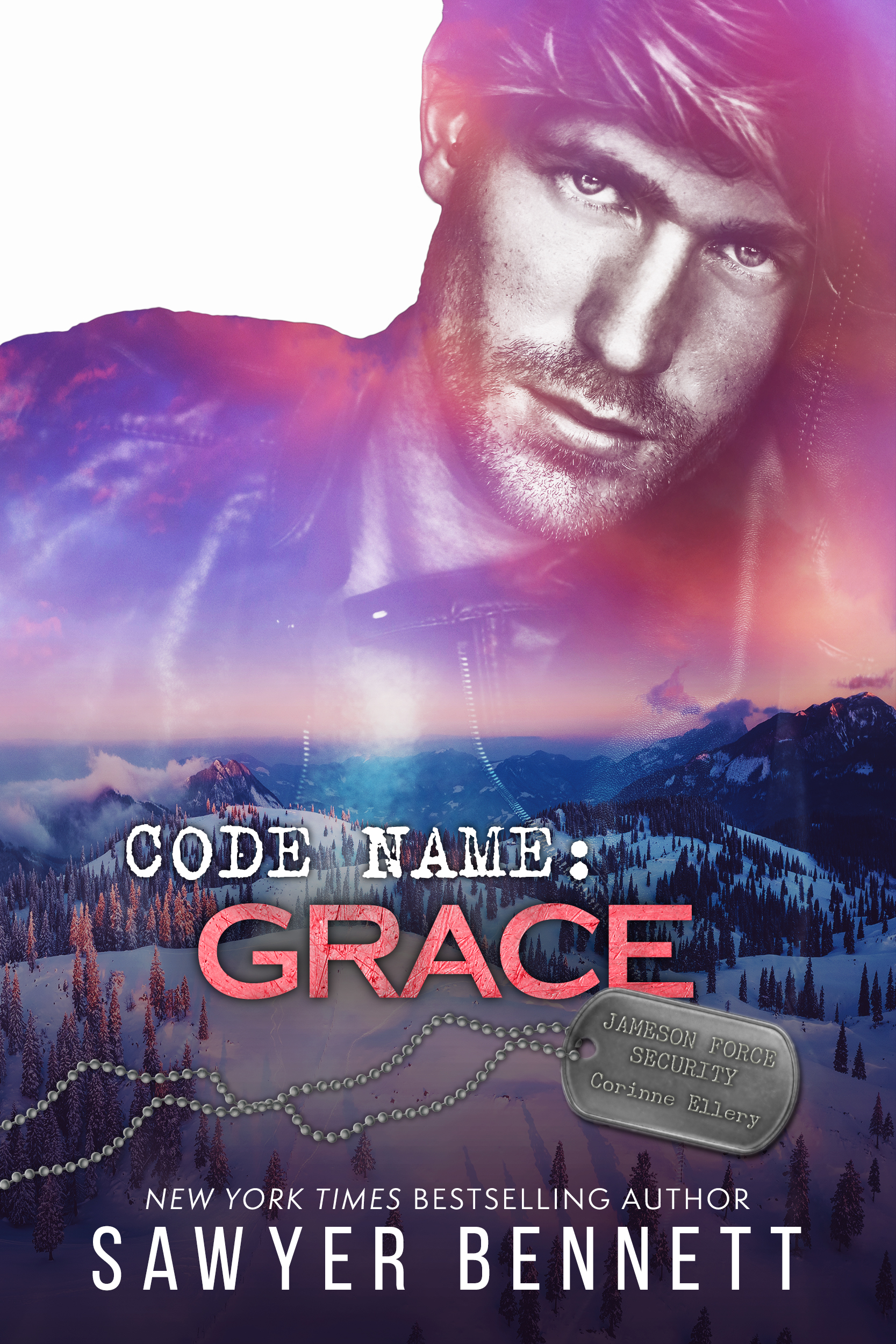 As the resident psychiatrist at Jameson Force Security, I make it my business to know all about our team—the good, the bad, and everything in between. But for every secret of theirs I hold close, I have secrets of my own I hold closer. I’m not trying to hide my history, but…it’s complicated. And that’s putting it mildly. It’s easier to keep my past firmly in the past, until the day a familiar face walks through my office door.

Clay Brandeis is the only one who knows my whole story. Through the darkest period of my life, he was by my side. A friend and confidant. I once thought he was something more, but he walked away and left me wondering how I got it so wrong.

After all these years, one look at him and I know I wasn’t wrong at all. His handsome face, his strong and steady demeanor, despite the icy glare he’s throwing my way. My heart wasn’t wrong about Clay Brandeis, and this Christmas, I’m determined to make sure he knows it too.

NOTE: Code Name: Grace originally appeared in the ‘Tis the Season for Romance Anthology in December 2020. 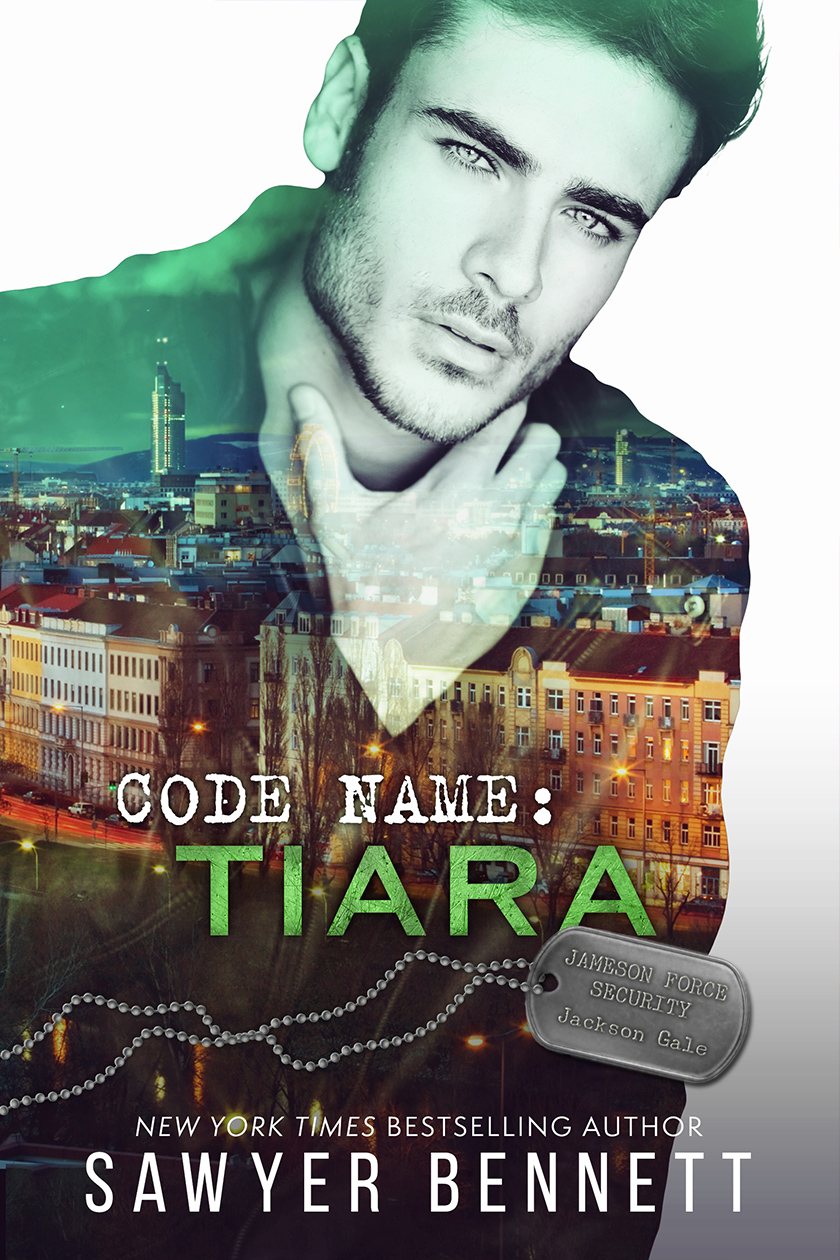 I joined Jameson Force Security for three reasons: the missions, the danger, and the money. I definitely didn’t join the team to be an overpriced babysitter for a spoiled princess. Ask anyone who knows me, and they’ll tell you Jackson Gale is an adventurer through and through. Yet here I am, halfway across the world, watching over Princess Camille of the House Winterbourne. Even her name sounds stuck up.

After arriving in Bretaria, I realize that Princess Camille is nothing that I expected. Beautiful, smart, and sophisticated, Camille is the very picture of elegance and grace. But under her perfect façade, she is funny, adventurous, sexy as hell, and impossible to resist. And that is a dangerous combination.

The closer Camille and I become, the more obvious it is that while she and I are compatible in many ways, our destinies are not. She has a duty to the monarchy, and I’m just an average American who’s fallen for a princess. Everyone says we can’t be together, but how does one walk away from the other half of their heart? 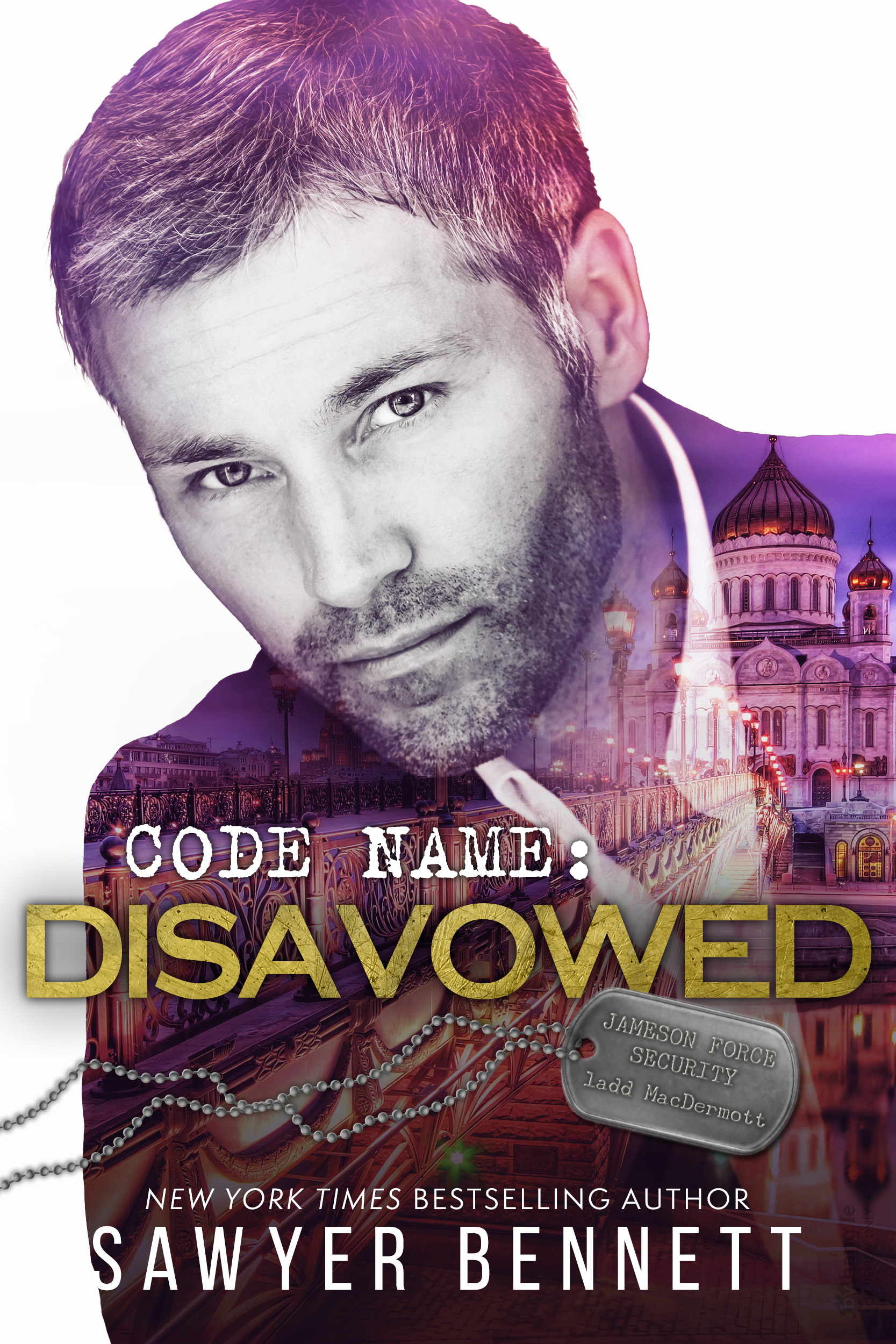 Life works in mysterious ways. Jameson Force Security has just received notice of a disavowed CIA agent in need of rescue in Central America. My blood runs cold when I learn that agent is none other than Greer Hathaway—my former fiancée.

Having gone our separate ways more than a decade ago, I still have bitter feelings toward Greer and the demise of our relationship. Those feelings don’t change the fact that I loved her more than anything, so I’m on the next flight out to embark on a rescue mission. Besides, Greer once saved my life, so now it’s time to return the favor and put her firmly in my past.

Face-to-face for the first time since ending our engagement, Greer and I are left with not only anger, unanswered questions and regrets, but also the undeniable chemistry we apparently still have. Will the promise of a new future together be enough, or will the same obstacles tear us apart again?