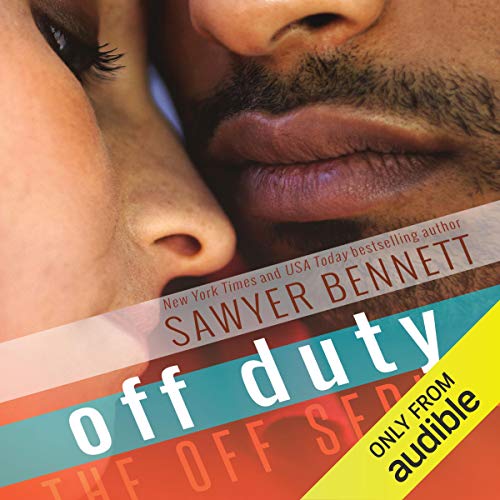 As a member of the New York Fire Department, single father Tim Davis is about as tough as they come. But underneath the muscles and tattoos, he still nurses a bruised heart handed to him courtesy of his first love. While on vacation with his son in New Orleans, Tim runs into the very woman that taught him about love before pulling it all away.

Holly Reynolds is rebuilding her life as an orthopedic doctor, far away from her home in New York City and her controlling father… the man responsible for tearing her and Tim apart. While she knows the hurt she caused Tim could never be forgiven, she can’t help the overwhelming feelings she still has for her first and deepest love.

Truths are revealed as lies are exposed.

Two people come back together again to explore the fragile emotional bonds that still keep them tethered, even as their passion ignites hotter than any fire Tim has ever had to put out before.

NOTE: Off Duty was originally published as part of the Night Shift: Dirty Things Happen In The Dark anthology which released on March 27, 2015.