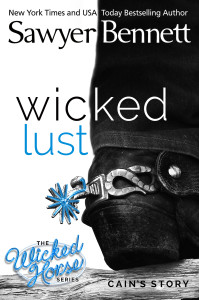 Pre-Order from Barnes and Noble

Cain Bonham is as big and bad as they come. After serving in the Marines, he’s returned home to Wyoming and now works as head of security at the exclusive sex club, The Wicked Horse. His job is to protect not only the patrons, but to zealously guard the secret existence of the club itself.