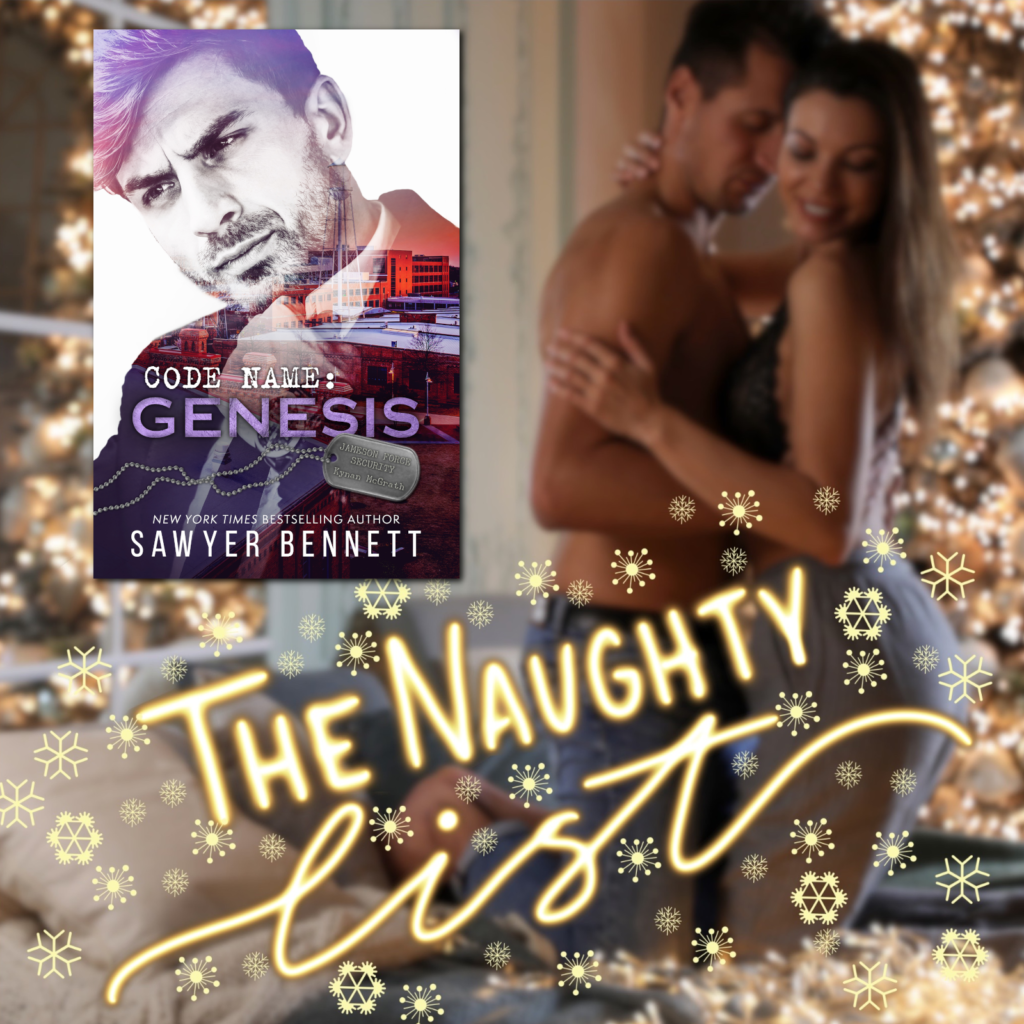 Kynan pulls one hand from his pocket, then makes a motion with his index finger for me to spin around. “I’ll unzip your dress.”

The warm rumble of words—his commanding tone—all of it hits me straight between my legs. Shaking my head to clear it, I take in a long breath. It doesn’t mean a thing.

I turn away from Kynan, pulling my long hair over one shoulder to reveal the zipper. My ears strain to hear him, but he approaches me silently.

Then a large hand comes to my shoulder, warm and heavy. The other goes to the zipper, and he starts to lower it ever so slowly. He’s standing close because I can feel heat coming off his body. His breath hits the nape of my neck.

Is this a seduction or is he being neighborly?

I can’t help but snort at the thought, and Kynan’s hand stops midway down my back. “What’s so funny?”

Well, fuck… might as well be honest. I give a slight clearing of my throat. “I was just wondering if you were being neighborly by helping me with my zipper or if you were trying to seduce me?”

Kynan’s voice is gentle but chiding with a hint of amusement. “If I was trying to seduce you, Jos, you’d know it. You wouldn’t have to ask.”

Damn it all to hell, I want him to seduce me.

“For example,” he says lightly, and he touches the bare skin revealed by the opened zipper. He slowly drags a knuckle down my spine. “I would perhaps touch you like this.”

My breath seems to freeze in my lungs. I hold absolutely still, even as I can feel goose bumps breaking free in the path of his grazing touch.

“Or,” he continues, his tone a little lower. Rougher. “I might do this.”

And then his lips are on my neck. I feel a waft of hot breath before his teeth graze over my skin, down along the slope of my shoulder. He bites me gently, then drags his tongue over the spot.

My body isn’t my own. I push my hips backward into him, needing to feel his body.

Extremely hard in some places.

Kynan lifts his face, rubs his bearded cheek over mine, and whispers, “I want inside you, Joslyn.”

Part of me is relieved by his words, because they’re carnal and rooted in the need for release. There’s nothing wrong with that. I want it, too, and we can keep this purely sexual. Love doesn’t need to be part of this. It’s not what made our chemistry great.

“I want that, too,” I say on one long exhale of contained breath.

I can’t help myself. My body wants more than my mind is willing to engage in, and I rotate my hips against the hard length of him.

Kynan hisses, his hands dropping to my waist. His grip is tight, and he holds me still. “Are you going to risk it, Joslyn?”

My mind is spinning. I want him inside of me, and I have no clue what he’s talking about. “Risk what?”

“Risk falling,” he growls, then bites my neck again. “You know we’re both on the edge. It will be so easy to tumble back again.”

I blink furiously, trying to process what he’s saying. Is he telling me that feelings are involved for him, too?

I pull slightly away, turning my neck so I can see him. “You’re at risk?”

He doesn’t answer, but his eyes bore deep into mine. “I’m a different man than I was when you knew me twelve years ago, Jos. I’m harder. Rougher. My… appetites are a bit different. You might fall into something you’re not ready for.”

“But what about you?” I press, needing to know this isn’t a one-sided thing. “If it’s just sex, let’s agree on it. But if there’s a chance it’s more… I need to know the stakes.”

Kynan’s eyes close slowly, but stay that way only a moment. When they open, they’re determined. “There’s never been a woman like you, Joslyn. In twelve bloody years, no one’s ever come close. You’re fucking right I’m at risk.”

Relief fills me as well as an overwhelming urgency to discover exactly what he means. A thrill of expectations rush up my spine as wetness floods my panties.

Becoming emboldened, I move my hand backward to see just how different, cupping his hardness through his jeans. I squeeze him roughly. Kynan groans, thrusts his hips forward, then chuckles darkly in my ear. “Do you want that?”

“You’re going to have to work for it.”

It takes a moment to process what he says, and I turn around to face him. It isn’t lost on me that I have no clue how to proceed. I am the same nineteen-year-old girl who apparently hasn’t led a very imaginative sex life since Kynan and I split twelve years ago.

But I do have something that has always been a part of my makeup, and I remember when there wasn’t anything I wouldn’t have done for this man had he asked. He definitely has something I want, and I’m willing to do what it takes to get it.

There’s power in that as a woman.

I smile as I place my hands on his belt buckle. “Tell me what you want me to do, and I’ll do it.”

Fire flashes in Kynan’s eyes as he bares his teeth in challenge. In a flash, he’s pulling me hard into him for a kiss. His mouth covers mine. Consumes me from the inside out. One of his hands goes to the back of my head, the other to my ass to pull me flush against his hard cock.

He rips his mouth from mine, biting at my lower lip along the way. The sting of it makes me ache with need.

Rubbing a thumb roughly over my lower lip, Kynan’s dark words thrill me beyond anything I could imagine. “I want something from you, Joslyn.”

My chest is heaving, and it’s hard to formulate words. “What’s that?”

“Your mouth on me,” he growls before flashing me a feral grin as he starts to take his belt off.

I want to fall to my knees right this second, because he’s asking me to. I’d gladly do it. I remember the taste of him from so long ago, and I want it on my tongue again. I loved the power of having him in my mouth.

“Turn around,” he orders gruffly. The hair on the nape up my neck prickles when his belt makes a hissing sound as he pulls it free from the loops.

My legs start shaking, and I can feel how embarrassingly wet I am just from what little bit of foreplay we’ve had—mostly from his words and dark promises.

I turn slowly away from him, staring blankly at the interior of my closet.

“Hands behind your back.”

“Kynan,” I murmur, not in defiance but in total supplication.

“Now, kitten,” he replies with a low chuckle.

He used to call me that.

My hands go behind my back. Almost immediately, he’s looping the thick leather of his belt around them. He cinches it tight to where I can’t free myself, but there’s not an ounce of pain with it.

Kynan comes around to my front. I lower my gaze automatically, instinctually submissive although I’ve never been tied up in my life.

“Oh, no you don’t,” he chides, putting his finger under my chin. He forces my eyes up to meet his. “You keep your eyes on me at all times. I promise you, Jos… you’re in charge here.”

“Eyes on me,” he says in reminder, then levels me with a rakish grin. “And get on your knees.”