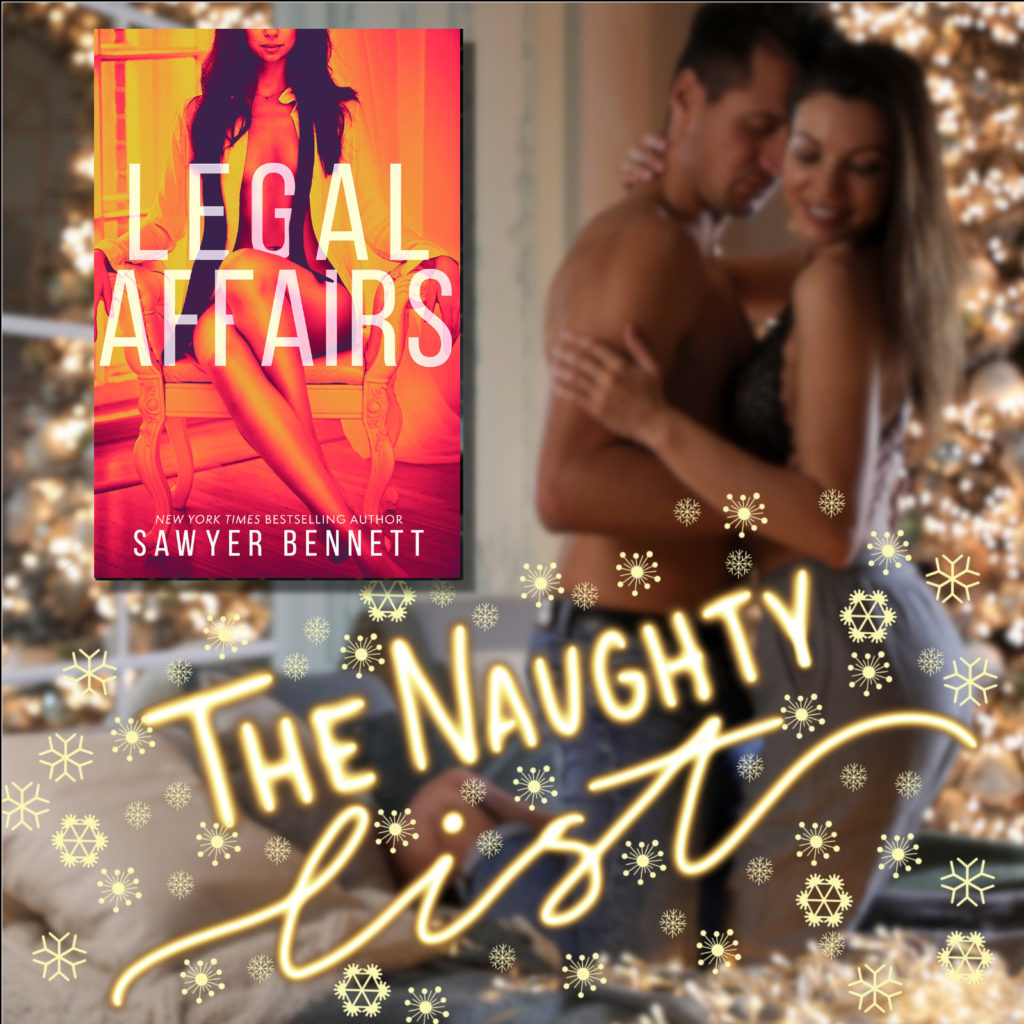 Standing up from my desk, I walk to the opposite side so that I can grab one of the binders from my shelf. Matt’s in the way, so I murmur an ‘excuse me,’ and he steps back to let me pass.

But apparently, not far enough.

As I try to slide by him, my butt grazes up against his crotch… just barely… really, just the tiniest whisper.

It’s still enough of a touch that shock waves zing through my body and I hear Matt hiss under his breath, even as he takes a quick step back.

I turn quickly and blurt out, “I’m sorry. I didn’t mean to do that.”

Matt’s lips are set in a distasteful line, and he’s glaring daggers at me. I suppose in an effort to cool his anger, he closes his eyes briefly and takes a deep breath. As his warm breath blows out over those sexy lips of his, his eyes slowly open, and now the anger is gone.

Instead, there is nothing but molten heat and lust in his gaze, which promptly causes my knees to start to shake.

Matt takes one step closer to me, and a quick glance down shows me that both of his hands are curled into fists.

“I thought I could work in close proximity to you and be able to keep my hands to myself,” he muses as he pins me with the intensity of his eyes. “Guess I was fucking lying to myself.”

I’m frozen in place. I have no clue what to do.

Yes, I have hormones, pheromones, and even just good old, run-of-the-mill moans stuck in the back of my throat, which are on the verge of busting loose. My mind whirls… what did Matt mean by that statement?

Do I slap him or jump him?

We stare at each other… his eyes blazing an inferno of desire, mine probably reflecting the “deer in the headlights” look.

Swallowing hard, I say, “I think—”

Matt lunges at me, catching me with one arm around my waist and the other swiping across my desk, sending binders, papers, folders, pens, a tape dispenser, a stapler, two legal pads and a box of paper clips flying to the floor. “Don’t say a fucking word, McKayla. Just don’t.”

Pushing one of his rock hard thighs in between my legs, he bends me back onto my desk and settles against me, raising both hands now to cup my face. My heart is on the verge of exploding in my chest, and only two things fill my mind.

I’m saved on both concerns as Matt pours lust, desire, anger, and passion into a kiss that causes my toes to curl against the flip-flops, which are barely clinging to my feet after I was practically thrown onto my desk.

My tongue is shy at first, but it only takes Matt one tiny rock of his hips against mine, and then it’s on.

We kiss like we never kissed on that one night we spent together. It is filled with not only yearning, but with a bit of frustration and shame that we have no control over our actions.

This is wrong… we both know it.

Yet he hums with approval when I reach my hand down between us and give him a light stroke, and I practically convulse when one of his hands cup my breast.

For a brief moment, Matt seems to come to his senses and stills against me. He rises up from my mouth and stares at me deeply, worry creasing his forehead. He even curses just the way I’ve come to appreciate about him. “Fuck, fuck, fuck, fuck.”

“We don’t have to—” I start to say, but he growls at me so I snap my mouth shut.

He stares at me for just a moment more, and then he abruptly stands up. I think it’s over, that reality has reappeared, and disappointment fills me.

That lasts just a flicker of a moment because fantasy land returns as Matt starts stripping me of my clothes.

In less than fifteen seconds, he has me completely naked and splayed out on my desk in front of him. He looks down at me, eyes roaming, and he actually licks his lips like he’s getting ready to gorge himself.

Yes, I’m ringing the dinner bell… bring it on.

I expect Matt to undo his pants and mount up, but he surprises me when he pulls one of my chairs closer to the desk and sits down. He takes my legs, spreads them outward, and tugs me to the edge of the desk, throwing said legs rather haphazardly over his shoulders.

Pleasure and thrills blanket my body as I realize that he’s settling in to do me right. His face dives down, and I actually grunt… yes, grunt… at first contact. I then bite down hard on my tongue so I’m not screaming the rafters down.

I’m delirious with pleasure as Matt works my body to his liking. He uses touch and sound to give me the ultimate experience. Touch meaning fingers and tongue, and yes, even his chin, which has me bucking off the desk. Sound meaning the dirty, dirty things he whispers to me as he causes a rollercoaster of an orgasm to go rushing up my spine. I have to slap my hand over my mouth not to scream, and Matt looks up at me with pure male satisfaction.

It took him just under two minutes to send me to Heaven.

Not wasting any time, Matt undoes his belt and practically rips his jeans open, revealing what I’m betting is his most prized possession, and if in another reality we were a real couple, it would definitely be my most prized possession. Stepping between my legs, he leans his body over me and, in one practiced and very sexy-suave move, slams his way home. Thank goodness my hand is still clasped over my mouth, or I would have shouted Matt’s name in reverence.

Hips pumping hard, my desk shaking, Matt looks up at me and slowly removes my hand from over my mouth.

“Need to kiss you,” he groans after a particularly hard surge into me.

“So fucking sexy,” he murmurs.

“Could do this all day… all night.”

“Word,” I sing out, and then let out a low moan when his pelvis grinds into mine.

His mouth finally slams onto my lips, and he’s kissing me with confidence, mating his tongue with mine while he never loses a single beat on his strokes.

Higher and higher, Matt takes both of us. It’s quick, hard, and rough, but the feelings he evokes inside of me are warm and soft, despite the frenzied nature of what we’re doing.

I know I should be worried that someone will walk by, and I know I should fret over the fact that my boss is banging me on my desk, and yes, I should even have a slight bit of concern that this is opening up a whole can of worms that are going to leave a nasty, slimy trail all over my employment here.

But as my second orgasm builds, and Matt pulls away from my lips so he can stare at me while we both start to fracture, the only thing I can even care about right now is that yes… I’m so happy this happened.

Yes, my body has betrayed every shred of common sense I used to possess.

We both shudder hard, muscles tensing and relaxing. Our breathing starts to even out, and eventually Matt rises up and pulls out of me.

After tucking himself back in and zipping his pants, Matt gallantly grabs a box of tissues that are sitting on a small table and helps me to clean up. I get dressed, and the silence that fills the room is oppressive.

When I tuck my shirt back into my jeans, Matt reaches up and smoothes a hand over my hair. The touch is soft… intimate. It makes me want to curl up into him and purr.