FREE! Off Limits is free for a limited time only!

“No matter how down and dirty we get…no matter how hard or fast we go…it will always be making love, baby.”

#FREE for a limited time, OFF LIMITS is a standalone, enemies-to-lovers, contemporary romance within the Off Series. 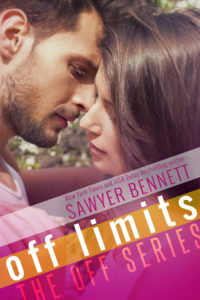