As some of you may have heard, Loveswept (a digital imprint of Penguin Random House) is closing. The partnership I’ve had with Loveswept has been absolutely amazing, and the team there (whom I love dearly) has helped me bring multiple series to life, including both the Arizona Vengeance and Cold Fury. As a result of this closure, I have been able to gain rights to some of my upcoming books and will proceed with self-publishing those titles. Here are the details:

* LEGEND (Book #3) will release on February 5, 2019 through Loveswept as planned. Nothing will change regarding this title.

* DAX (Book #4) will release on July 9, 2019 and will be self-published. IF YOU HAVE PREORDERED DAX, your preorder has been (or is in the process of being) cancelled and you have NOT been charged for this title. You will need to re-preorder this title using the links found below.

* TACKER (Book #5) will release on November 5, 2019 and will be self-published. As my gift to you for your patience through all of this, I have gone ahead and set-up the preorder for TACKER now and included your very first look at his cover. Preorder links are found below.

I cannot thank the team at Loveswept enough for all that they’ve done for me over the past four years. These series simply would not have been what they are today without their support. 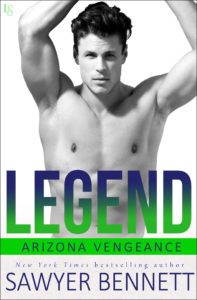 Everything is clicking for the Vengeance. We may be new, but we’re well on our way to winning the championship, and I’m having the time of my life headlining the sports media as the hottest goalie—hell, player—ever. I for one am going to live up to my name . . . because I am Legend Bay.

Dragging my ass home from the gym, I’m blinded by some gaudy, glowing holiday lights. As usual, my hot-as-hell neighbor Pepper Nantais has gone way over the top. But just as I’m about to tell her off, something else catches my eye . . . Seems like Santa left me a present, and not one I was expecting.

As life takes an unexpected turn, I realize that there’s much more to Pepper than meets the eye. Sure, she’s gorgeous. And exasperating. And her taste in decorating may be a bit . . . unique.

But beneath her carefree demeanor is a fierce determination and a heart of gold. And before I know it I’ve fallen for her. Hard . . .

Pepper is exactly the woman I never knew I needed.

PLEASE NOTE: If you previously preordered Dax, your preorder has been (or is in the process of being) cancelled and you will need to re-preorder using the links below! 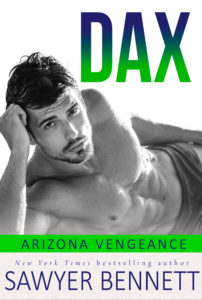 The Arizona Vengeance is killing it on the ice. But one player can’t seem to keep his eye on the puck—all thanks to the woman he just married to save her life.

My name is Dax Monahan and hockey is my passion. And if you want to succeed in this sport you have to bust your ass 24/7. I’ve never had a hard time focusing on my career, but when my past comes knocking, no amount of training can prepare me for what lies on the other side of the door.

Regan Miles was always like a sister to me. When a shared tragedy brings us face to face after several years, I’m shocked to see just how much she’s changed. Gone is the shy, awkward little girl that always used to chase me and her brother around. Instead, I’m faced with a gorgeous woman who makes it damn hard to concentrate on anything but her.

Turns out, she’s in trouble, and the only way out is to get married.

I surprise myself when I tell her to marry me. Order her, actually. And most shocking of all, she doesn’t even hesitate before saying yes.

So it’s settled. We’re getting hitched and she’s moving to Arizona with me.  All platonic, of course.

The catch?
I never knew I’d fall so hard for my best friend’s little sister. 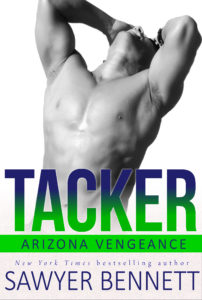 The Arizona Vengeance is ready for the playoffs. But as the competition heats up, Tacker Hall is falling deeper into despair over the death of his fiancée. Will Tacker overcome his demons and help lead the Vengeance to victory, or will his personal losses put his career on ice?