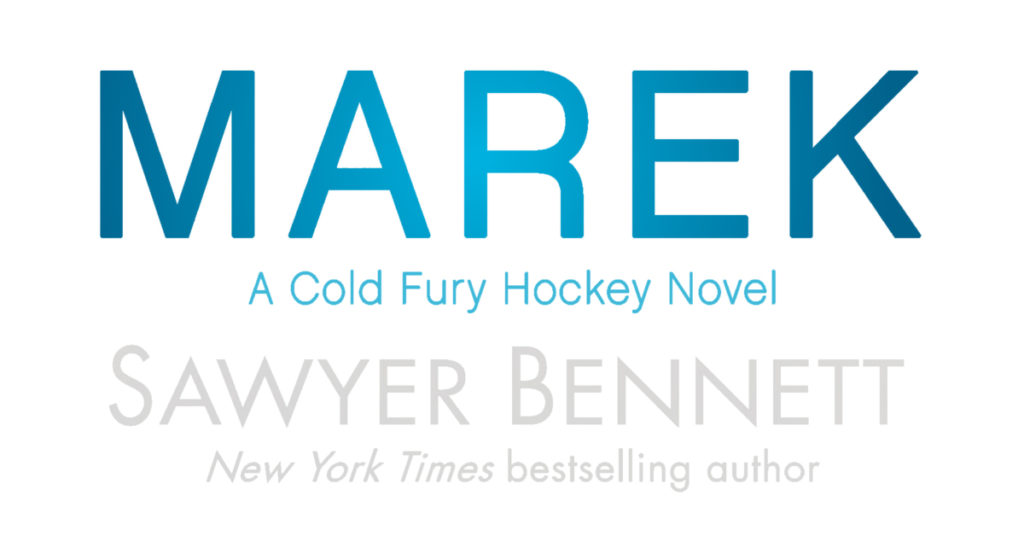 Marek is available today! The eleventh hockey hunk to be featured in the Cold Fury series, Marek is the last Cold Fury release for 2018.

So…what happens now? Are the Cold Fury hanging up their skates?

Dry those tears, Cold Fury hockey fans. You haven’t seen the last of this team, or the men that make it so sinfully sexy! But first, we’re going to meet a new team…the Arizona Vengeance series launches in August!

Here are a couple things to expect going forward:
➜ The Arizona Vengeance series (releasing on August 14, 2018 with Bishop) will still feature the sexy alpha hockey hotties you’ve come to know and love throughout the Cold Fury series, but will feature more time on the ice, bigger drama, more alpha alphas, and a larger male POV.
➜ Get ready for some crossover! The great thing about having TWO hockey teams? Face-to-face time on the ice! Plus you never know, maybe we’ll see some trades down the road.
➜ While no new Cold Fury books are on the calendar, I have not ruled out writing additional books in the series. In a perfect, hockey-filled world, we would see releases in BOTH series!

Remember, the Arizona Vengeance series launches August 14 with the release of Bishop!

Now, let’s head back out there and get our Cold Fury on. Marek has a story to tell and he can’t wait to meet you! xoxo