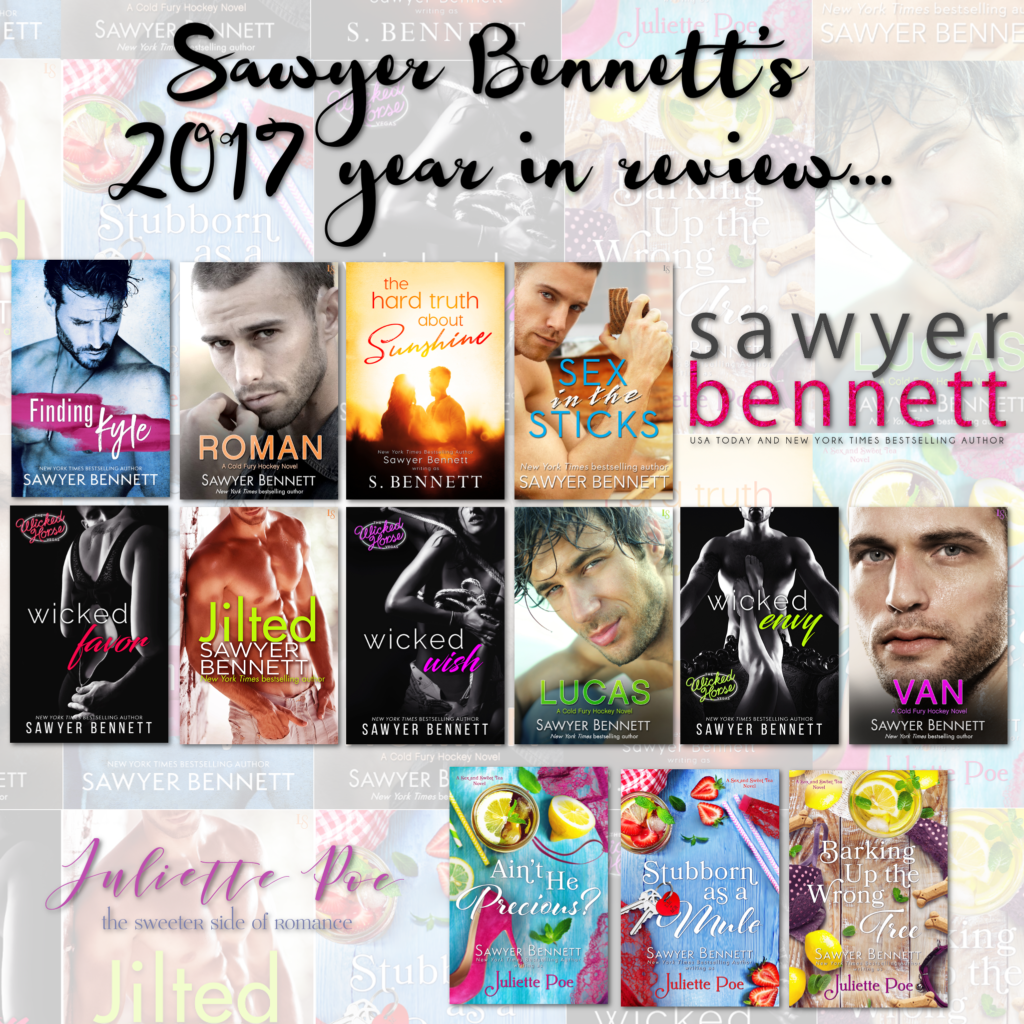 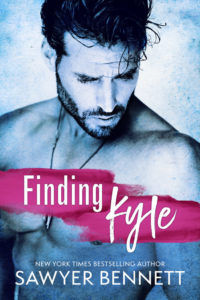 The world *finally* learned the fate of Kyle Sommerville, the undercover ATF agent that we’d previously met in With A Twist (Last Call, Book #4) and Wicked Bond (Wicked Horse, Book #5). And while we were jaw-dropping that Kyle was alive (thank goodness!), Kyle met his match in the form of his quirky, relentless neighbor, Jane. 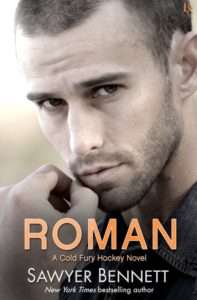 The Cold Fury hit the ice in February with a cranky defensman and a ukelele playing barista, who turns out to the be the secret daughter of Brian Bannon, the owner of the Carolina Cold Fury. Family dynamics and feelings that neither of them are sure how to handle make their journey to forever a little bumpy. The ice may be cold, but Roman and Lexi keep things hot in this installment of the Cold Fury series. 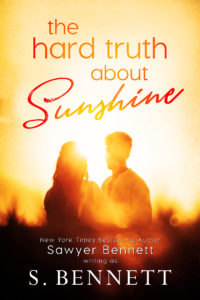 In a departure from rope wielding cowboys and hockey hunks, we took an emotional, gut-wrenching roadtrip across the country with a motley foursome. An amputee veteran struggling with PTSD, a teenager with terminal cancer, an eternal optimist who is losing her eyesight, and an abuse survivor who doesn’t know if she wants to live or die. You’ll laugh, you’ll cry, and when it’s all said and done, you’ll feel…hope.

CLICK to find out more about THE HARD TRUTH ABOUT SUNSHINE 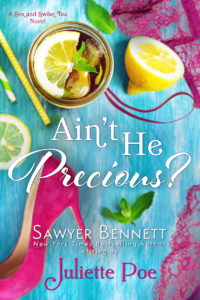 Juliette Poe is born with the release of a sweet, sassy, second chance romance! Harvard Law sweethearts Trixie Mancinkus and Ryland Powers broke up more than a decade ago, but a legal case has brought this small town girl and big city boy back together for a charming and entertaining reunion. Can they make the most out of their second chance at love?

CLICK to find out more about AIN’T HE PRECIOUS?

In the first of two romantic comedy standalone releases, we take a trip to the wilds of Alaska, where big city blogger, Valentine French, has temporarily relocated in her quest for a “real man”. What she finds is the buff, burly, and bearded chief of police, Logan Burke, and a whole lot of hilariously embarrassing situations.

CLICK  to find out more about SEX IN THE STICKS 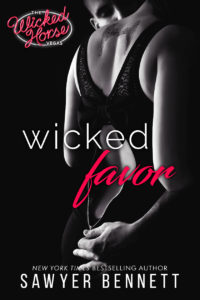 The Wicked Horse is back and this time it’s heating up The Strip in Las Vegas! Jerico Jameson has taken the famed Wicked Horse and brought a second location to Sin City. What he isn’t counting on is Trista Barnes, the sister of the one man he truly hates showing up looking for a favor. Revenge is a dish best served…wicked? 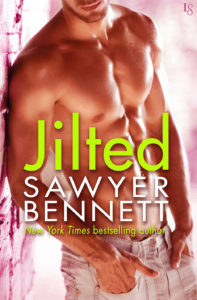 Take a trip down to Georgia for a sexy second chance romance! Eden Goodnight left Georgia for a shot at fame, but she also left behind her first love, Cooper Mayfield. Eden finds herself back in town and face-to-face with the man who she thought she left behind. But Eden and Coop are about to learn that the heart never forgets it’s one true love. 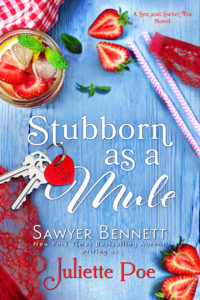 Things in Whynot, NC are getting messy with the second release in Juliette Poe’s Sex & Sweet Tea Series! Lowe Mancinkus is attempting to protect his family’s history from Melinda Rothschild, the NYC designer who just bought his family home. Lowe is determined to make Melinda’s life as difficult as he can, even if it means answering to a judge for his pink paint, door nailing, shotgun wielding crimes.

CLICK to find out more about STUBBORN AS A MULE 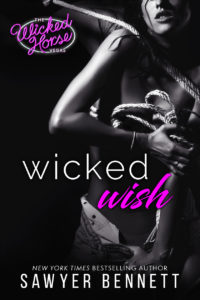 Sin City is hotter than ever when Walsh Brooks steps through the doors of The Wicked Horse Vegas. And during the clubs masquerade ball, Walsh meets a masked beauty that makes him hotter than anyone before. But he’s about to find out she’s the one person he can never have, Jorie Pearce, his best friend’s little sister. 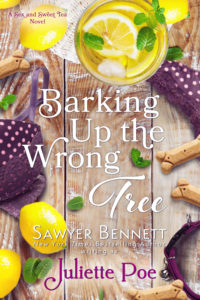 What’s more fun than a farm full of goats? A farm full of goats being run by a man wearing a high-priced suit, driving a sports car, and looking like he’s never done a day of manual labor in his life. Jake McDaniel comes to town in book #3 of Juliette’s Sex & Sweet Tea Series, and town veterinarian Laken Mancinkus finds herself all tied up with Jake…and his wily goats.

CLICK to find out more about BARKING UP THE WRONG TREE 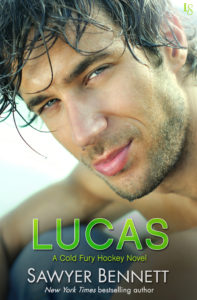 The Cold Fury family is about to get a little bigger! Lucas Fournier and Stephanie Frazier had one incredibly hot, alcohol fueled night together, but neither of them are looking for anything more than a good time. Except one hot night turns into something neither of them ever expected, and now Lucas, Stephanie, and baby make three. 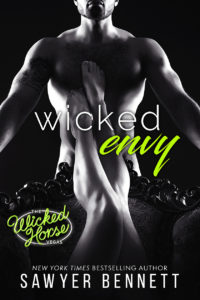 What’s hotter than two Wicked Horse patrons? What about THREE? Best friends Dane Hawthorne, Avril Carrigan, and Andrew Collings are testing the bounds of friendship when they explore their desires at The Wicked Horse. But as the sexual relationship heats up, will their bonds of friendship be extinguished? 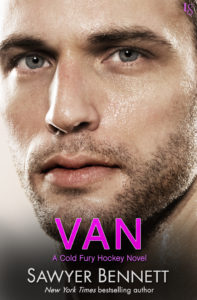 Van Turner is cranky, aloof, and every other word you can come up with for completely uninterested in the vibes Simone Fournier is throwing his direction. The little sister to not one, but two of Van’s Cold Fury teammates, she is the epitome of off limits. Not that he’s interested. Because he’s definitely not. But…just once won’t hurt, right?