SALE Alert – Off Limits is just $.99 cents for a limited time! 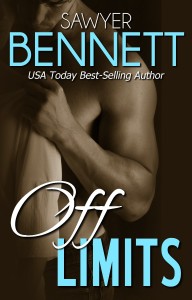 **Note From Sawyer Bennett: This book is part of the Off Series but it can be read as a stand alone book. Nothing in the prior or subsequent books will diminish your understanding of this novel. This is a New Adult, Contemporary Romance.