SALE – Off The Record – Limited Time 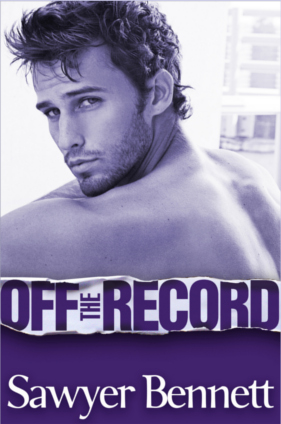 Off The Record by Sawyer Bennett has gone on sale for a limited time through Amazon and Barnes & Noble. Regularly priced at $2.99. Sale price $.99.

Lincoln Caldwell, is the hot goalie for the New York Rangers. At twenty-four and a rising star, he works hard and he plays even harder. He’s gorgeous and carefree—the ultimate charmer. Ladies fall at his feet and the single life has never been lived the way Linc Caldwell does it.

** This book can be read as a stand alone, as can any book in the Off Series.

“Off The Record is rich with romance, heartache, hot sex, and characters you can root for.” — NYT and USA Today Bestselling Author Lauren Blakely

“Sawyer provides great reading experiences. Her writing is so spot-on that I connect with her characters and get lost in the story. With every story I find connections to some part of my own life. Isn’t that what makes reading meaningful? The Off Series is one that I will happily come back to again and again. It just doesn’t get any better than this.” – A Tale of Many Reviews

“Full of emotion, heart warming romance and steamy sex, Off The Record is an absolute must read! ” – Globug and Hootie Need a Book

“Sawyer Bennett writes in an easy flowing style that pulls you in, makes you feel for her characters, and makes you want to be part of their group.” – Reviews by Tammy and Kim